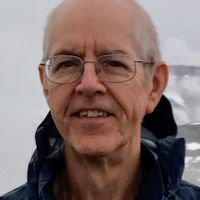 iOS developer participating in "Idea to Prototype in 30 Days" with "My Diabetes Meals" project.

Posts made by doug